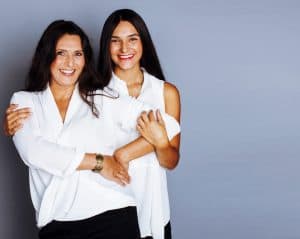 Does genetics influence varicose veins? The short answer is “yes.” Having a family history of varicose veins is one of the biggest risk factors for developing them yourself. If, for instance, you’ve got one parent with varicose veins there’s about a 40% chance that you’ll be affected. If both of you parents have them your chances increase to approximately 80%.

The good news, however, is that genetics isn’t destiny. By making the right lifestyle choices it’s possible to dramatically lower these odds.

As with many other conditions, genetics plays a large role in several types of vein disorders. Even so, the reasons why aren’t entirely clear and several genes appear to be involved. More research is necessary but it’s likely that the genes which influence vein wall formation play a large role. It’s also safe to say that mutations in the genes related to venous valves contribute as well. It’s also entirely possible for both sets of genes to be faulty simultaneously.

Most of what we know about our genetics comes from the human genome project—one of the largest scientific endeavors of the last century. Vast amounts of data were generated which geneticists are still deciphering to this day. In 2005, a hallmark study published in the journal Vascular Medicine detailed some of the genes which may be involved. Based on this research it was concluded that a single gene known as FOX C2 is probably the biggest contributor. This gene affects, among other things, how the internal and external vein walls are formed.

A proactive approach to prevention. 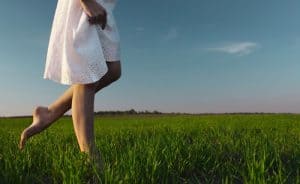 This isn’t to say that that genetics is the only factor at play, however. It’ll take some work, but with simple lifestyle choices it’s possible for many patients to avoid vein problems entirely.

Those with a family history of varicose veins can take the following steps:

You’ll notice that the above steps not only reduce the risk of developing vein disease but promote overall health as well. It’s also important to point out that genetics isn’t everything. By taking the proper steps even the strongest family history isn’t a guarantee that vein disease will occur.

Other Causes Of Varicose Veins

If you know what’s causing your illness, it’ll be much easier to obtain treatment and figure out why the problem keeps reappearing.

The following are the most common reasons for venous disease:

Varicose veins are caused by pressure on the veins.

Excess body fat compresses vein walls, weakening the fragile valves that keep blood flowing from the extremities to the heart in overweight persons.

When the valves of a vein fail, blood can pool in the vein, straining, twisting, and expanding it until it becomes a varicose vein.

Varicose veins are prevalent and affect people of all ages; however, you are more likely to get them if you are over the age of 50! Especially if you are over fifty years old.

This occurs as our veins weaken with age and are frequently ripped or damaged.

Your veins will have a tougher time circulating blood throughout your body as a result of this damage.

Blood can sometimes gather in the middle of veins, causing blood to pool.

This blood pooling can cause veins to bulge, resulting in varicose veins.

The illness is more likely to affect women. Because female hormones tend to relax vein walls, hormonal changes before a menstrual cycle, during pregnancy, or during menopause could be a contributing factor. Varicose veins may become more common as a result of hormone therapies, such as birth control tablets.

The body’s blood volume rises during pregnancy. This alteration helps the developing fetus but may also cause the veins in the legs to expand.